What is Achalasia? Symptoms and Treatment

What is Achalasia? Symptoms and Treatment Achalasia is an extremely rare disease that occurs with impaired mobility of the lower esophagus. We can state that this disorder progresses with dysphagia, that is, difficulty swallowing. This discomfort can be seen at any age, but we can say that it is more common especially between the ages of 30 and 60. The incidence of the disease is equal in men and women. We will talk about the symptoms of the disease or how it is treated. But first, let’s consider the structure of the esophagus in order to better understand the disease.

Structure of the Esophagus 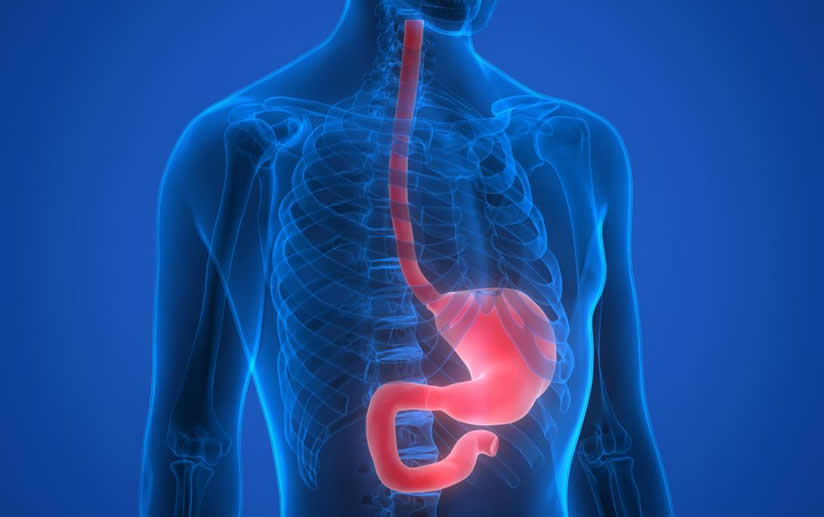 The esophagus consists of three layers in total. There is a longitudinal muscle layer, which has a longitudinal appearance on the outermost, and a circular muscle layer consisting of annular muscles on the inside. Between these two layers are nerve cells (myenteric plexus) that control the muscles. On the innermost side, there is a mucosa, i.e. protective layer.

How Does Achalasia Occur?

It is curious how this problem develops, especially when the patient is diagnosed with achalasia. In achalasia, it arises especially from disorders in the myenteric plexus region. It causes thickening of the lower esophagus and the muscles at the stomach entrance. Sometimes this situation can go up to two or three times. While eating in a normal process, the lid under the esophagus is opened for 5 to 10 seconds.

In this way, it is possible to pass the consumed food. In achalasia, because the myenteric plexus is damaged and the muscles are thick, food is difficult to pass into the stomach. When the food accumulated in the esophagus reaches a certain weight, the lid will be opened and the stomach will pass. Because the patient can get used to this event that occurs over time and this situation may seem normal to the patient. However, let us also state that this illnesses must be treated.

What Do Those With Achalasia Do?

Unfortunately, people with achalasia experience various difficulties during feeding. For example, many patients need to have water with them while they eat and get help from water to swallow food. These patients eat for a long time. At the same time, we can say that they are not fully satisfied and have serious difficulties in reaching the feeling of satisfaction. If you are experiencing such and similar problems, you should consult a doctor without wasting time and ensure that the examination procedures are carried out as soon as possible.

What Are the Symptoms of Achalasia? 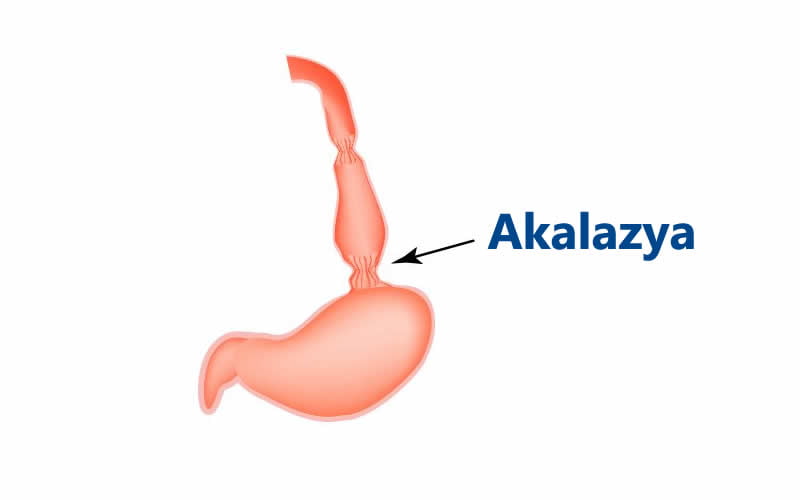 The first symptom that appears when patients suffer from achalasia is that they can easily swallow solid foods but have difficulty swallowing liquid foods. At the same time, it should be noted that patients suffer from respiratory infections quite frequently. Along with nutritional problems, weight loss begins in patients and it is observed that they lose weight rapidly. Since the food consumed does not pass into the stomach, it accumulates in the esophagus tube. This situation causes the development of gag and bad breath in patients.

At the same time, we can say that the food that is tried to be swallowed comes back into the mouth, and complaints such as coughing after meals occur. Some patients also complain of pain and burning sensation in the chest area. It would be the best choice to take such situations seriously and consult a doctor immediately, considering that it may be a symptom of a disease.

How is Achalasia Diagnosed?

First of all, it should be noted that it is not easy to diagnose achalasia. The reason is that the symptoms of this disease are the same with reflux esophagitis. Therefore, diseases can be confused with each other. We even observe that these patients can undergo reflux surgery due to the fact that they do not  research well. This situation causes the cover part, which has a narrow structure, to narrow even more. Naturally, while patients’ complaints are expected to disappear, these complaints can increase even more.

In order to make a definite diagnosis of achalasia, barium (opaque substance) is drunk orally and barium is followed. If the disease occurs, naturally barium passes into the stomach by force and an appearance like a pencil tip occurs. Another diagnostic method is gastroscopy, or esophageal manometry (pressure measurement of the lower esophagus). With this method, it is possible to diagnose the patient and treatment options can be evaluated immediately afterwards.

Although it is generally thought that the treatment of achalasia is done with medication, unfortunately, there is no medical treatment for this disease. Botox is one of the treatment options. In this method, botox is applied to the lower esophagus muscles and thus the said muscles are relaxed. We can say that this method is partially effective in the early stages of the disease. Botox is effective for 6 months and patients can get relief. However, a critical element should be underlined here. Surgery may be required in the future and surgery is much more difficult in patients who undergo botox application.

Balloon dilatation is another treatment option. The purpose of this treatment is to damage the muscle group in this area by placing a balloon in the stenosis area at the lower part of the esophagus and inflating the balloon intermittently, thus ensuring that the meal passes comfortably. It should be noted that the disease recurred over time, although success was achieved in 80% of patients initially when this treatment was applied.

Therefore, our recommendation is to repeat it three times after balloon dilatation. In addition, 2% esophageal rupture (perforation) can be experienced in balloon dilation, which means a life-threatening risk for patients. 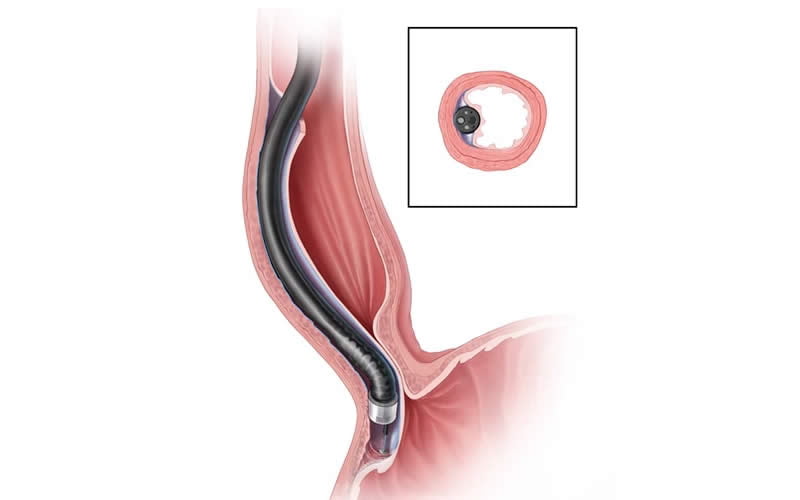 When patients are diagnosed with achalasia, it is possible to perform the treatment by surgical intervention. We can say that there are two different methods in the surgical intervention performed to eliminate the patient’s complaints. These methods are “heller myotomy” and “POEM” ie Per-Oral endoscopic myotomy technique.

Let us state that this surgical intervention is performed by laparoscopic method. If it is done by an experienced surgeon, it is possible to achieve 100% success. However, unfortunately, it should be added that the surgical experience in this field in the world is extremely low. The reason for this is that achalasia is rarely seen in our country and around the world.

Surgery is performed with the procedure of cutting thickened muscles. In this surgery, in the light of our experience, we create a new valve (DOR Fundoplication) by using the lower part of the widening esophagus and the upper part of the stomach (fundus) after cutting the muscles in patients. In this way, acidic contents from the enlarged part of the stomach are prevented from passing into the esophagus and reflux, that is, backflow. A serious level of relief can be achieved in patients.

In short, the surgical intervention called POEM is performed endoscopically. In surgical intervention, the muscle is cut from the inside and the procedure is performed with this method. We can say that the cost of Per-Oral endoscopic myotomy procedure is quite high. At the same time, it is necessary to convey the information that the success rate is not certain in the long term.

If you are experiencing the symptoms of achalasia, if you have difficulty in swallowing solid or liquid foods, you can make an appointment as soon as possible and have the necessary examinations and tests done. You can write your questions about the subject in the comment section.