The adrenal glands are located in both kidneys and in the upper part of the kidneys. Although it is generally thought to be in a direct relationship with the kidneys, in fact, these glands do not have a direct relationship other than the area where the kidneys are located. It should be noted that the adrenal glands have a vital importance in human health, since they have extremely important functions such as secreting certain hormones in the body.

The adrenal glands, approximately 3 cm in size and 3 grams in weight, consist of two layers in total. These are the inner layer called ‘medulla’ and the outer layer called ‘cortex’. Unfortunately, various diseases or mass formation may occur in the adrenal glands, which are extremely difficult to observe due to their location in the body. In such cases, symptoms of the disease usually emerge in later stages. This situation can also prevent early diagnosis.

What is the Adrenal Gland Function?

The adrenal gland layer, called the cortex, is evaluated together with 3 different functions in total. In a sense, we can say that this layer is divided into 3. We can summarize these sections and their functions as follows:

It secretes the corticosteroid, aldosterone. It is responsible for the water and salt balance in our body.

It has undertaken the task of secreting cortisone, which is extremely important in meeting the energy needs of the body.

It produces dehydroepiandrosterone (DHEA) and androstenol hormones. These hormones have an important function in the production of substances known as “sex hormones” among the people.

Some diseases can develop in the adrenal glands as in all organs in the body. We can list common ilnesses as follows:

This disease, which is caused by excessive cortisone release, can also bring many different ailments. Some of these problems are the presence of fat in the back area, menstrual irregularity, diabetes, male-pattern hair, redness and pimples on the face, red or purple cracks in various parts of the body, and osteoporosis.

This disease is caused by the excessive release of aldosterone hormone by the adrenal gland. This discomfort, which can lead to high blood pressure, which is extremely difficult to control, can also cause muscle cramps. Conn Syndrome is the first thing that comes to mind in the tension disorder of unknown cause. Because 5% to 10% of patients experience blood pressure problems due to this syndrome. Problems such as metabolic alkalosis, sodium and fluid retention, hypopotassemia may occur if the pH value in the tissue rises above normal.

Again, one of the adrenal gland diseases that can cause high blood pressure is called “pheochromocytoma”. This disease is caused by excessive secretion of adrenaline and noradrenaline hormones.

The adrenal glands may be responsible for acromegaly, a chronic disease that occurs due to excessive production of growth hormone.

They are benign tumors that occur in the adrenal glands. The incidence in the community is around 5% and since approximately 85% of the patients do not have any symptoms, tumors are detected incidentally in these patients. If it cannot be detected, the size of the tumor may reach up to 4 cm. In this case, the possibility of malignancy of the tumor also increases. Symptoms such as fatigue, high blood pressure, headache, dizziness, osteoporosis, weight gain and excessive hair can be seen in this condition. 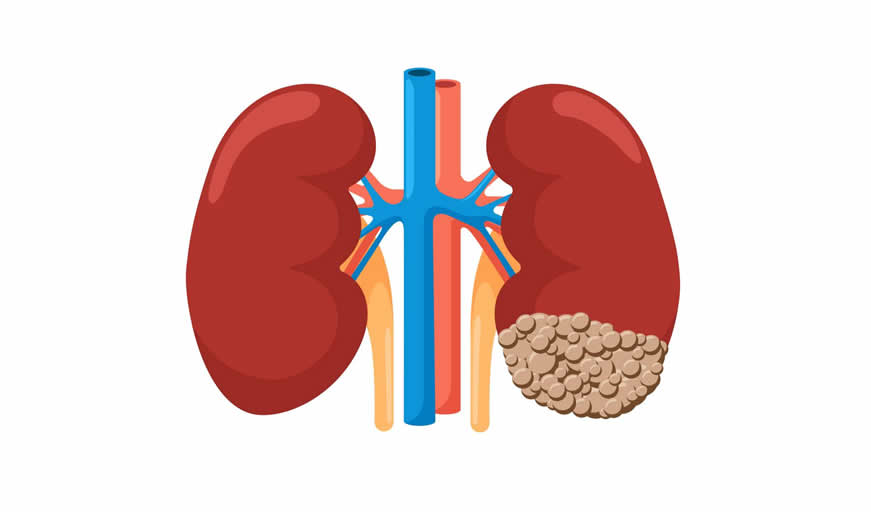 The reason for the formation of tumors in various parts of the body is largely unknown. One of them is tumors that occur on the adrenal gland. Researches can reveal that genetic factors play a role in tumor formation. It is also thought that the overproduction of some hormones is effective in tumor formation.

Before the operation, the patient must have some tests. We can list the necessary examinations for adrenal gland surgery as follows:

If necessary, your doctor may also ask you to have different tests. The results of these tests are evaluated together and surgery planning is made. When the surgery is performed under general anesthesia, it is not possible for the patient to feel any pain or ache. However, mild pain may occur for a few days after surgery. With the use of pain medication, this pain is controlled.

The recovery time may vary depending on which technique is performed. While the recovery time takes longer in the operation performed with the open technique, robotic surgery allows a much shorter and more comfortable recovery period. Recovery time is not the same in every patient after adrenal gland surgery. However, recovery is usually completed within 1 month. During this period, movements that force the body should be avoided and the medications prescribed by the doctor should be used regularly.

3 different techniques can be used in adrenalectomy, i.e. surgical removal of the adrenal gland. These;

The doctor will decide which technique will be used according to the examination and test results. When choosing the surgical technique to be applied, whether the tumor is benign or malignant, its size, and its relationship with surrounding tissues are also taken into consideration. Although it is generally preferred to perform surgery with robotic surgery, it may be necessary to perform the operation with laparoscopic surgery or open surgery in some patients.

Treatment of adrenal gland tumors cannot be made solely based on drug use. Therefore, surgical operation is required and the adrenal gland, which is observed to be tumor formation, is evacuated from the body. The other adrenal gland takes over all the functions of the removed adrenal gland. In rare cases, both glands may need to be drained from the body. In such cases, patients have to use medication throughout their life. Thus, it is ensured that vital risks are minimized.

How Can We Detect In The Adrenal Glands?

In addition, fine needle aspiration biopsy (FNA) can be performed on adrenal masses with ultrasonography or CT guidance. This method is mostly used in patients with suspected metastatic tumors and in detecting cystic adrenal masses. Since there is a possibility of sudden hypertension crisis in patients with suspected pheochromocytoma, the application of this method is inconvenient. You can write your questions about the tests performed for diagnosis or the treatment of adrenal gland diseases in the comment section.