What is Obesity? What are the causes of obesity?

What is Obesity? What are the causes of obesity?

Obesity is defined by the World Health Organization (WHO-WHO) as “abnormal or excessive fat accumulation in the body that will impair health”. We can state that obesity, which comes from the Latin word ‘obesus’, has been accepted as an element of reputation for many years in the historical process. Overweight, sometimes described as an abnormal condition, began to be considered disrepute in the following years. The fact that 1.9 billion people around the world are overweight reveals how common this problem is. 300 million of these people are considered as medical cases.

What are the causes of obesity?

The most common cause of obesity is lack of movement and eating disorders. Since more calories are taken with nutrition, obesity appears. Because excess calories begin to accumulate in the body as fat. The widespread use of fast food consumption in recent years is also among the causes of obesity. Studies show that stop smoking is one of the causes of obesity for some people. There are many different studies on this subject, but we can state that this is the general opinion.

Weight gain may also occur if women do not pay attention to nutrition during pregnancy. Sometimes medical problems can cause weight gain. Of course, we should not forget the age factor in this regard. Because as age progresses, weight gain also increases. The socio-economic status of the people is extremely effective on their eating habits. Therefore, it should be noted that the socio-economic situation is very closely related to weight gain.  One of the most common causes of obesity is genetic factors. At this point, it is necessary to mention some drugs such as anti-depressants that are used for a long time. Because it is known that some drugs can cause obesity. Finally, it should be pointed out that after frequent diets, weight can be gained again.

How is Obesity Diagnosed? 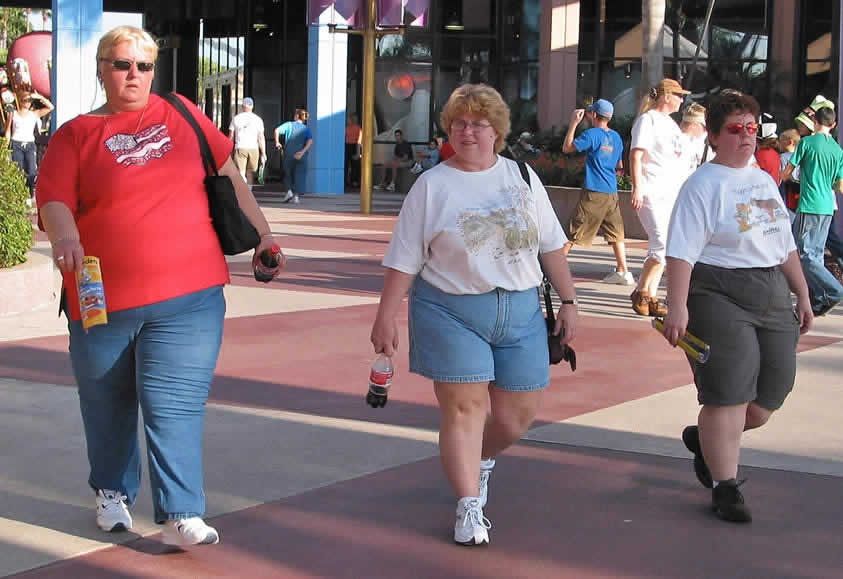 Body mass index (BMI) is used as the criterion for defining obesity.  Your body mass index is obtained by dividing your weight in kilograms by the square of your height in meters. If this rate is above 30, the patient is diagnosed with obesity. Although BMI does not show the body fat distribution like waist-hip ratio (WHR) or subcutaneous adipose tissue measurements is a deficiency, the fact that its measurement is easy, reliable, cheap and reproducible has led to its widespread acceptance and has been the most used parameter to evaluate obesity in epidemiological studies.

What are the Symptoms of Obesity?

We can list the common obesity symptoms as follows:

We can state that we have operated on two patients with this rare disease before. It is a disorder with symptoms such as mental retardation, affective disorders, eating disorders and increased appetite.

This syndrome occurs when the patient is exposed to high levels of cortisol hormone for a long time.

Who Are Called Obese? 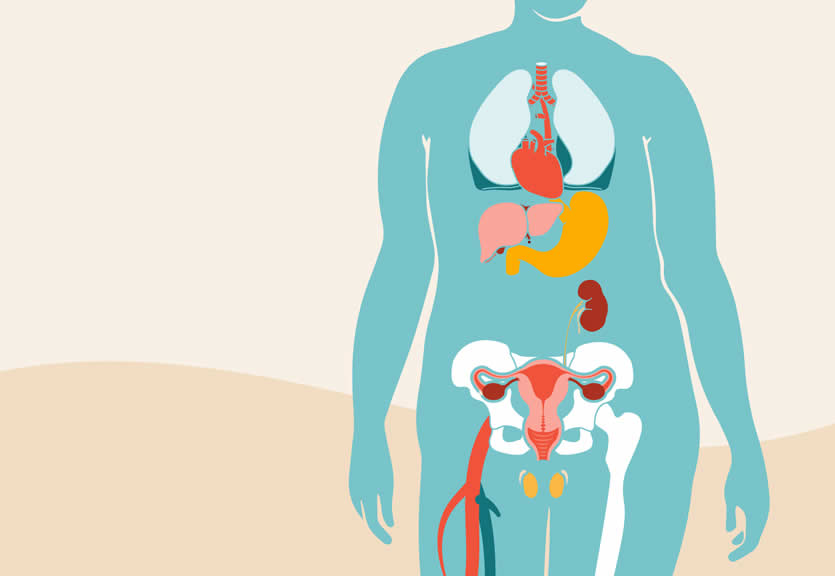 First of all, one should not confuse “overweight” with “obesity”. Although these two concepts are used interchangeably in everyday life, they are actually different from each other. Being overweight means having more weight than ideal for the person’s height and age. On the other hand, obesity should be evaluated as excessive body fat rather than being overweight. Therefore, not every overweight person is obese.

Is There a Treatment for Obesity?

Obesity is a treatable disease. Obesity can be treated with methods such as ‘diet’ (medical nutrition treatment), ‘physical exercise’, ‘behavioral therapy’ (change of nutritional behavior), ‘drug treatment’ and ‘bariatric surgery’. Overweight and obese individuals who are trying to fight obesity have started to become conscious and seek solutions to their diseases. In addition to preventive activities and treatments such as diet and exercise in the dealing with obesity, it is known that treatment methods that require more serious operations are also used. In fact, we can say that one of the most frequently used methods today is bariatric surgery (obesity surgery) intervention method. Individuals who have undergone gastric sleeve, one of the bariatric surgery methods, can start to lose weight, live healthy, and get rid of diseases such as sleep disorders and increase their life quality over time.

What are the Harms of Obesity?

As the rate of fat increases in the human body, the pressure of oxygen and nutrient transport in the vessels increases. This enhances the need for more blood pumping, and hypertension occurs due to increased pressure in the arteries.

Due to weight gain, joints and bones are loaded more. Therefore, articular disorders that start with pain in the waist and knees occur. 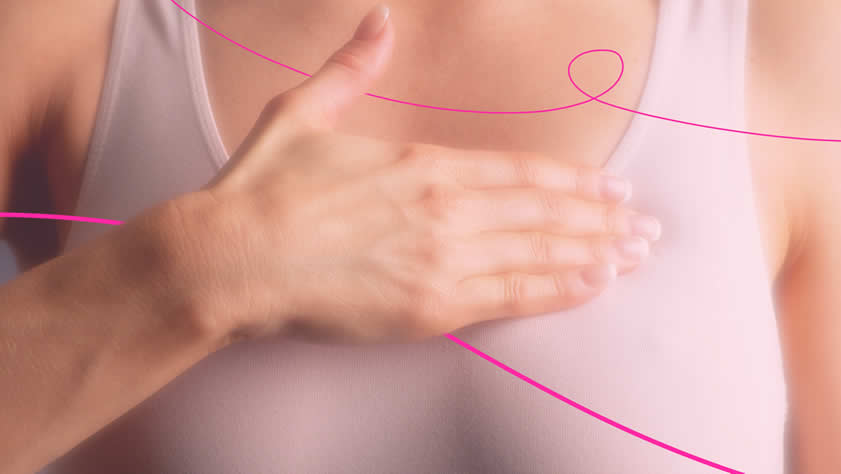 Every time the body mass index increases by 5 units, the risk of cancer increases by 10%. Especially breast and uterine cancer, esophagus (esophagus) cancer, stomach and colon cancer are increasing in women. Likewise, it was found that maling melonoma, leukemia, non-hodgkin lymphoma are also associated with an increase in body mass index.

There is a high risk of stone formation in the biliary tract in obese people.

The more fat in the body, the longer the wound healing time. Particularly, sores occur in areas with sweating. In addition, fungus is frequently observed in the feet of obese patients.

Obese people also have trouble sleeping. While sleeping, they wake up suddenly with a feeling of zonesthesia or tachycardia.

Fatty liver is 4 times more in obese people. Therefore, liver measurement should be done before surgery

This disease, which shows symptoms especially with hard water in the mouth, is seen at a rate of 40-50% in obese.

This disease, which usually progresses with vascular occlusion in the lungs and brain, can result in death. In addition, it has dozens of harms such as depression, lack of motivation, and constant fatigue.

The common reason for this disease, which causes difficulty in breathing, is the decrease in lung capacity in obese patients.

The lives of obese people are very difficult, and they often say they are comfortable with their appearance. However, it should be noted that many disorders such as lack of self-confidence, depression, personality disorder and schizophrenia have been detected in the studies.

Especially in women, problems such as menstrual irregularities and excessive hair growth can occur widely.

How to Prevent Obesity?

Could people not be obese throughout their lives by eating normally? Were there such obese people in ancient times? The answers to these frequently raised questions should also be scrutinized. There weren’t that many obese people in ancient times. Because food was organic and this factor is extremely important in obesity problem. Technology has developed over time and people started to eat at night, especially with the availability of electricity.

Therefore, there was an increase in non-genetic obesity. In the next stage, convenience foods and fast food entered our lives and obesity became a much more common problem. In the 20th century, although varying by country, obesity rates reached 40%. Obesity-related deaths began to occur. In addition, the numbers of hypertension, heart diseases and type 2 diabetes have also increased, and the world has started to fight obesity. In time, dietitian schools were opened and countries started to take various measures from primary school to prevent their children from being obese.

Hundreds of sports centers were opened with it. So much so that even the advertisements of foods that cause obesity can be prevented recently. In the 1950s, it was revealed that this problem had a surgical treatment. Because if your body mass index is above 35, it means that you have no chance other than surgery. As a result, you cannot fight obesity in just one arm. Our struggle, which started with people getting pregnant, should continue until the end. In addition, these people should consider the surgery at the last stage. You can write your questions about obesity in the comment section.