Leakage after sleeve gastrectomy is one of the issues that patients worry about in obesity surgery. As it is known, sleeve gastrectomy has been performed since the 1990s. However, it took its final shape in the early 2000s. It is also known that many patients with obesity problems have gained their ideal weight and now lead a healthier life with this surgery.

Leakage causes great anxiety in patients. However, we can say that the risk of leakage in sleeve gastrectomy is only around 2% to 3%. After this surgery, we will talk about the symptoms of the problem and who are seen more often. However, let’s discuss the issue in more detail first.

What is Leak After Gastric Sleeve Surgery?

In its most general definition, leakage occurs after gastric sleeve surgery, if there is leakage from the stomach that is stitched or stapled during the surgery. The procedure performed in sleeve gastrectomy is the process of cutting and stitching the stomach from the lower end to the end. The event referred to as leakage is the leak of the food you eat and stomach acid out of the stomach due to the fact that it is not done properly while the stomach is cut and stitched again.

Under normal conditions, the food you eat is thrown out of the stomach, duodenum , small intestine, large intestine and finally the rectum, starting from the mouth through a pipe system. If there is a hole in any part of this pipe system, the food we eat goes out and this causes an infection in the abdomen. To give a brief example, it is the same as what is known as an appendicitis burst.

When appendicitis bursts, the food we eat leaks into the abdomen, and if this infection is not noticed, death will result. The only treatment is to remove the inflamed appendicitis and close the hole in the large intestine. The situation is similar in leakages after sleeve gastrectomy. When the food and stomach acid you eat get into the stomach, infection occurs, and if this is not noticed, it is more dangerous than appendicitis because the acid of the stomach is much more dangerous.

Patients sometimes wonder the answer to the question of whether it is understood that there is a leak after sleeve gastrectomy or what kind of symptoms occur. It is impossible for patients to notice leakage very early because patients often attribute symptoms to surgery. The biggest factor in knowing the leakages after gastric sleeve in the first 12 hours is the experience of the nurse who is on duty.

Naturally, in such surgeries, the doctor is not hospitalized and all information is reported to the doctor by the nurses. The first sign of leakage after gastric sleeve is an increase in heart rate. It is a sign of leakage if the pulse increases despite the patient’s intake of sufficient oral fluid and sufficient serum is given. Patients are walked (mobilized) 4-6 hours after the operation. This is the second symptom if the patient feels tired and has difficulty walking.

Fever usually appears as a late symptom on the first day and is a fever that does not go down. Despite antibiotics, fever does not go down. At the end of the first day, the escaping fluids affect the inner membrane and the infection begins. This situation is reflected in the patient as abdominal pain. Of course, all these symptoms are reflected in your blood table. As a team, despite everything, we look at the blood values ​​at the 6th and 12th hours of the surgery. If you detect leakage after gastric sleeve from the first day, you can prevent it with a simple intervention.

How is Leakage Treatment Performed in Gastric Sleeve Surgery? 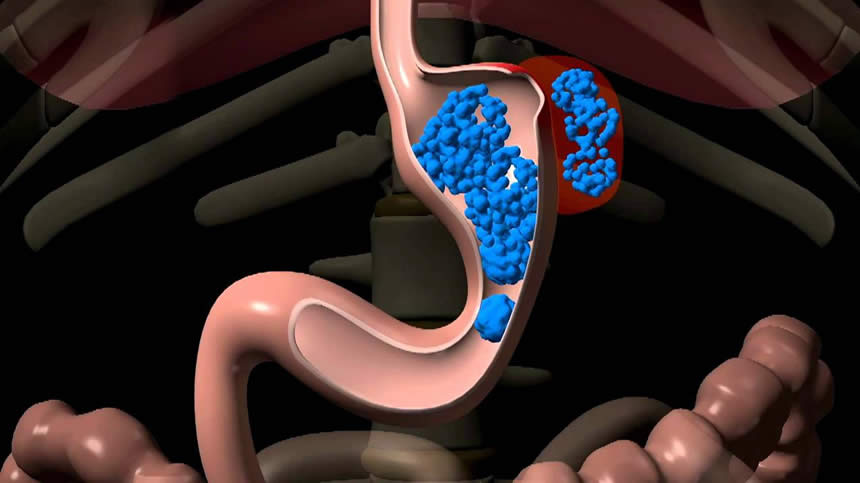 First of all, if leakage is detected after gastric sleeve surgery, it can be treated and deaths are not seen. The biggest problem here is to discharge the patient with leak and not follow the patient. Late leaks; It may result in death, such as late burst appendicitis. When you detect a leak after gastric sleeve surgery, the first thing to do should be to stop oral food intake. The location of the leak can be determined by performing endoscopic and tomography. You must also detect the presence of an infection in the abdomen. If there is an infection in the abdomen, it should be evacuated radiologically. (Of course, there must be a good radiology doctor in the team for this).

Even evacuating the infection cures half of the leaks. Then, either a special plug (piktail) can be used to close the hole in the stomach or a stent (special tube) can be placed in the stomach. After doing these, when it is seen that there is no leakage radiologically, the patient can be discharged. All this applies to early detected leaks. The process will be very difficult if the leak is detected after the patient is discharged, two weeks after surgery, or after an emergency.

Why Does the Risk of Leakage Occur?

The reason for 99% of leakage after gastric sleeve surgery is the surgeon. The surgery will be canceled when the patients who will decide on gastric sleeve or bypass surgery come to the hospital if they have a problem that prevents the operation. The biggest difference that separates these surgeries from other surgeries is that this surgery is not an emergency surgery.

So if you have to undergo surgery for a cancer, tumor or an appendicitis, this should be the priority. If the surgeon thinks you will have trouble, he / she may cancel the surgery. Surgical experience occurs after performing 200 gastric sleeve surgeries in these surgeries. Let us state that education is essential in this field. As the surgeon’s experience increases, the risk of leakage decreases.

Surgical errors come to the fore as a result of lack of experience in postoperative leaks. In gastric sleeve surgeries, the stomach should be tubular as a result of not cutting properly, but as a result of the wrong incision, the stomach usually causes stenosis in the folded area (incisura angularis) and this causes throwing up in this patient. This is why some patients become very weak by throwing every food up  they eat.

Since the stenosis does not allow the passage of food, the stomach swells like a balloon and bursts (perforated) at its weakest point. If diagnosed early, the problem is solved by enlarging that part of the stomach. If the throwing up continues, if the cause is not investigated by endoscopy, a stomach leak occurs within a week. Although some doctors say that the gastric leak test is unnecessary and does not make sense, our observation shows that it is necessary to test during surgery. (You can watch Video 1.) Performing a leak test during the surgery is still the most effective method in preventing stomach leaks, even if it is one in a thousand.

One of the biggest factors in postoperative leakage is the material used. Unfortunately, people have a wrong perception; The same materials are used in every surgery. This information was correct 10 years ago. Because the materials produced for gastric sleeve  surgeries were used less. Over time, the struggle for obesity has increased all over the world and when the needs for materials increased, imitation materials were produced especially in China. The materials used do not have approvals such as FDA (American approval) or CE (European Union). Research highlights the importance of the quality of the materials used.

So why do doctors use such materials? The biggest factor is that these materials are very cheap and reduce the cost in this way. However, it should be kept in mind that gastric sleeve leakage is the biggest cause of death in this surgery. If the surgeon works in a hospital, he has to use the material bought by the hospital.

Naturally, hospital management wants to get the cheapest, and the surgeon can prevent this with his experience. Most of the materials used in the gastric sleeve are disposable. The risk of infection and leakage increases when the material that needs to be used and disposed is washed and reused. Again, instead of disposable materials (especially trocars), some hospitals have the same materials made and washed and used for years.

It is also necessary to have a special sterile machine called plasma within the hospital. Because nowadays, most materials use materials made of some solutions, thinking that they are sterilized. This sterilization should be done by special machines. For hospitals, this is one of the reasons that increase the financial burden. As a result, you need to know which brand of instrument to use in surgery.

Who Is More at Risk of Leakage? 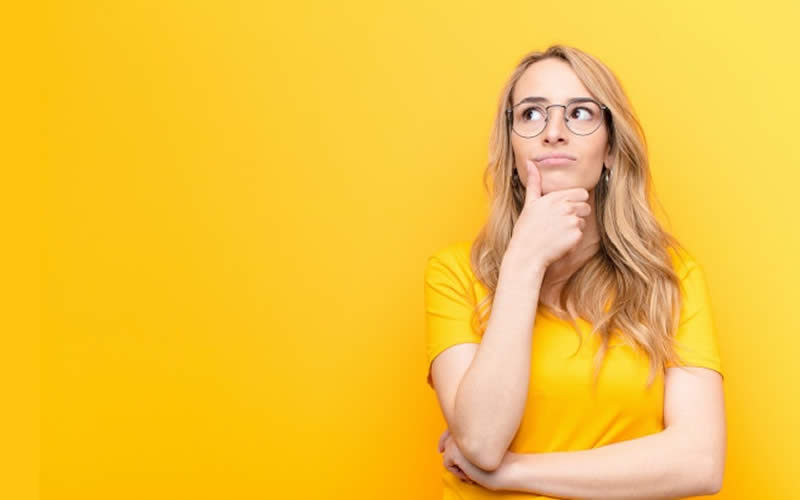 Let us point out that the leakages are not proportionally dependent on people. Since the preoperative endoscopy is performed, if there is any disease in the stomach, the surgery is canceled. The answer to this question is the same rate for every gastric sleeve surgery. Because the cut and stitched stomach has the same anatomy in every person. We never operate on a diseased stomach.

How is Leak Test Performed in Gastric Sleeve Surgery?

In order to prevent leakage after sleeve gastrectomy in our patients, the tests start during the surgery. Two tests are performed during surgery.

Three tests are performed on the patient while he / she is hospitalized after the operation.

In addition, a test is performed within the first week after the patient is discharged. Before the patient comes for control, a blood test is done, CRP and WBC are checked. It is compared with the value it is discharged, if there is an increase, leakage is suspected.

As a result, 6 tests are performed on the patient. Leaks after gastric sleeve occurs in 1.3.5.7.  days. Although some authors talk about late leakages, these are very, very rare cases. If you have a leak, the reason is related to the surgery, that is, there is no leakage easily after the first week. You can write your questions on the subject in the comment section.